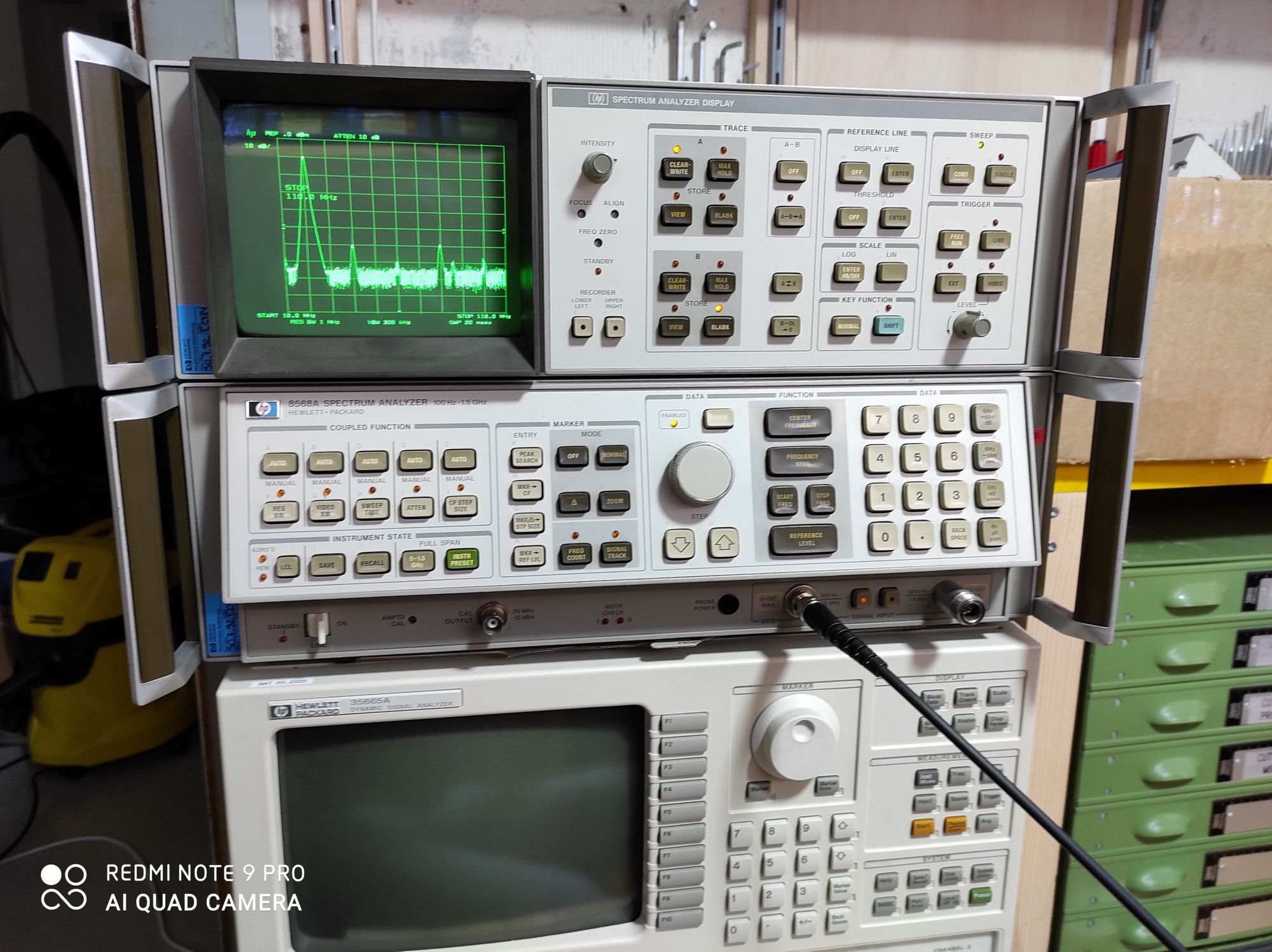 When the 8568A was introduced in the late '70s, its price tag was USD27800. But that was in 1978 dollars. You have probably heard of this thing called inflation. It eats the worth of your money away. So in today's dollars that would be something close to USD116000. I got mine for $142 (Swiss franks really but they worth more or less the same as USD).

According to the previous owner one day the monitor just stopped working. The rest seemed to be OK. As far as I know the service manual for this unit is not available. A repair is just more fun this way.

So I opened the hood and started looking. Fortunately the craftsmen of the Old World that designed this device built into it many test points. Long story short the -15V rail was off and F2 was burned. So I took the pcb out and stated checking components. In another bout of good luck I noticed the part number of the pcb (85662-60101) and googled it. This pcb is shared with the HP 85662A whose service manual is available.

The problem was Q9. It was short-circuited. Q9 is a 2N6055 NPN darlington transitor. The closest transistor I had in my lab was a 2N3055. I changed it and it works!